Dalip Singh alias The Great Khali was born on August 27, 1972 in Dhirana village, Himachal Pradesh, India. Khali was the third of the eight children of the Rana family. He is an Indian wrestler and an actor and has recently signed to the World Wrestling Entertainment (WWE) wrestling on its RAW brand.

Before starting his journey as a wrestler, Dalip Singh was an officer with the Punjab Police and a great bodybuilder. Khali has also worked for an Indian restaurant in Malibar Hill. Great Khali won the title of Mr. India in 1995 and 1996.

Dalip Singh alias Khali married Harminder Kaur on February 27, 2002. He is very attached to his village and his aim in life is to support his family and help his entire village in some way or the other. He is a role model to the youngsters of Punjab. He advises them to stay away from drugs and lead a healthy and disciplined life by taking up sports. 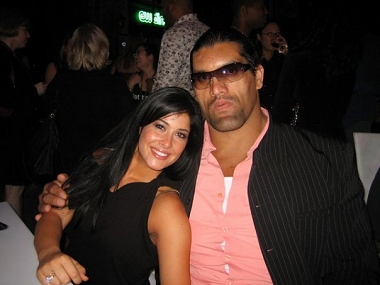 Buy 1 Get 1 offer Available, Yoga, Personal Trainer and Many other Fitness and Professional Certifications